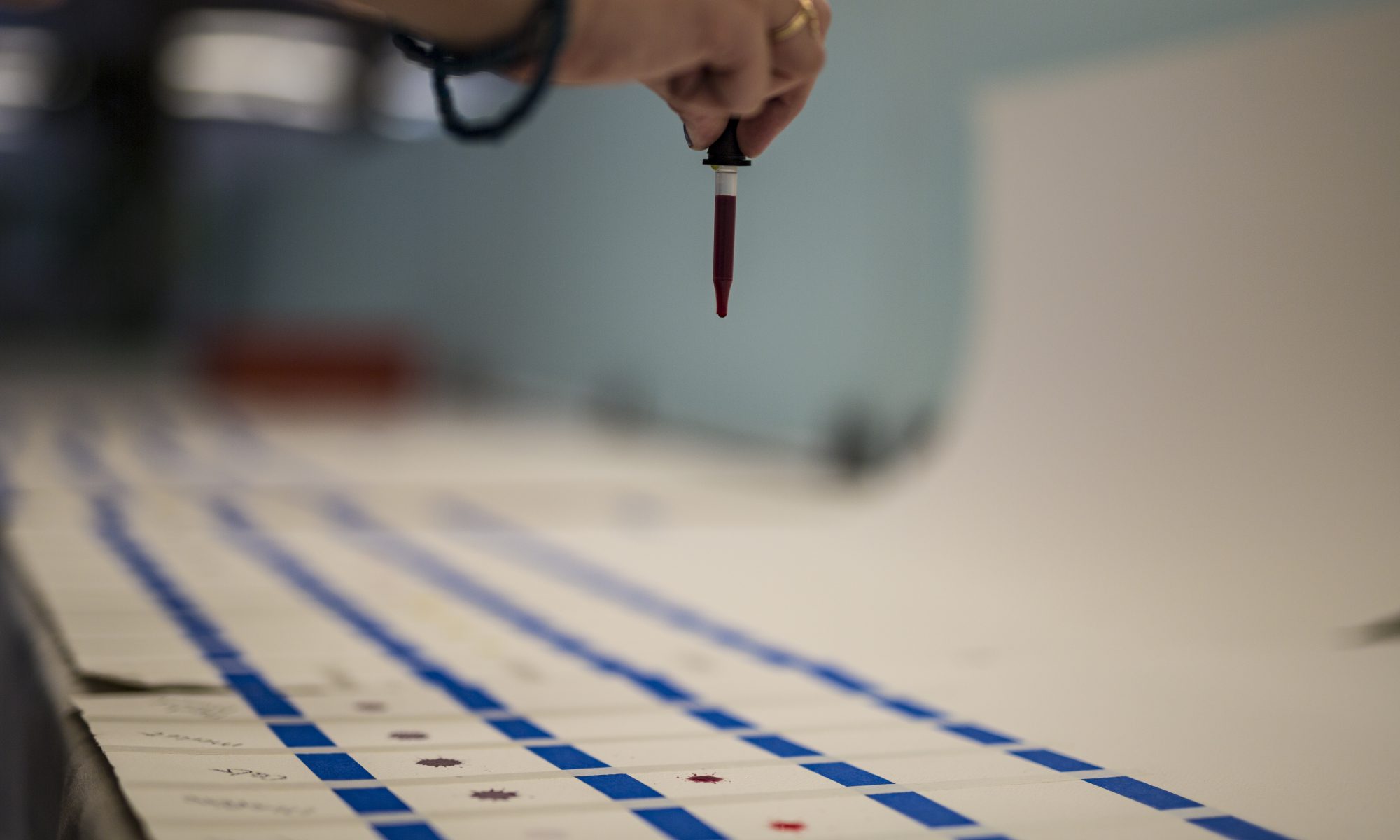 This experience was something very different. The ask was to find a way to make art on a piece of paper by dripping wine on it.

We setup multiple tests with different types of wine to see what kind of results we’d get.

After multiple prototyping sessions the solution was to have hydrophobic ink printed on the paper and use a mixture of wine and gouache to make different colors. This allowed the user to create one of a kind art by simply dripping the mixture on the paper.

Another element to the experience was a “virtual tour” via a custom VR headset that we built in Unity for the Android platform. We used multiple Nexus 6 phones since that was the largest screen available at the time.

The concept was an Immersion Room “Lite” by way of condensing the table into an iPad.

Since PMG already had 15 screens and a 9ft illuminated model available we worked with those items to come up with the widescreen display wall on a 90° corner and a projection mapped model that reacts to the application.

With the prototype complete I began testing projection mapping for the building model. Based on the selected floor the projector would highlight the appropriate area of the model. 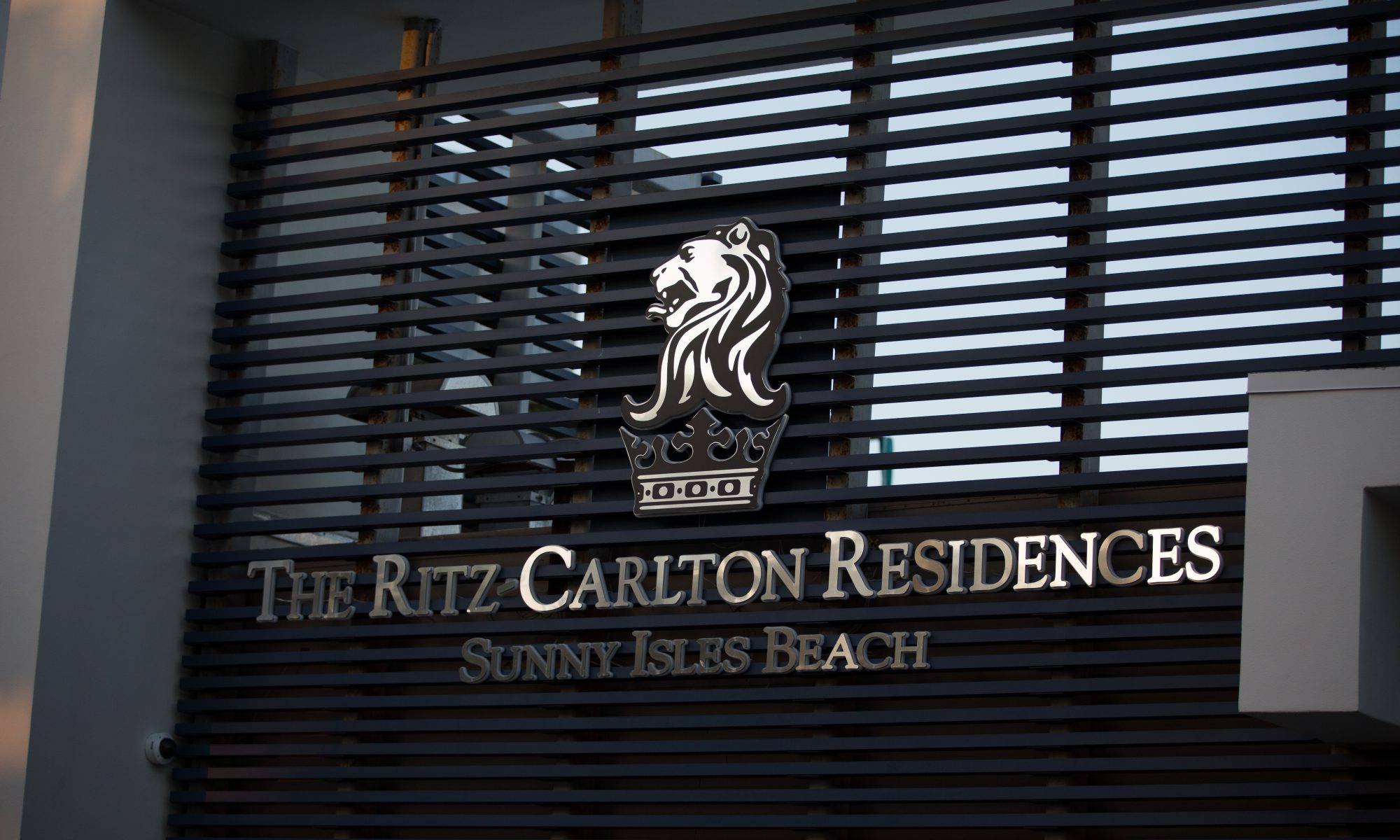 After my experience with Fisher Island I was involved with the creation of another Immersion Room. This one was for Fortune International Realty’s new property, The Ritz-Carlton Residences at Sunny Isles. The project was very similar in the sense that it had a touch table and walls of screens. The difference here is that only 3 walls were used.

For this experience Unity was swapped out for HTML and the whole application was built in Chrome. This allowed a more lightweight development platform and we were able to scale much faster. I was tasked with creating wireframes of the interactions for the table and the table UX overall.

I worked closely with the dev and creative team to ensure that there was clarity across the experience. Everyone involved got their hands in the git repo and we were all modifying content. It was a thing of beauty!

Once the wireframes were complete I began prototyping the various types of content that were needed for the table and screen. I was manipulating video and photos to ensure that the right compression schemes would work across the 4k monitors with little to no artifacts.

Another twist to this Immersion Room was the special “Butler Button” that was incorporated to the functionality. Since The Ritz-Carlton is renowned for it’s impeccable service, we created a dedicated fiducial to allow the broker to send requests to the on site butler straight from the table. Moments later the butler would show up with the requested items. 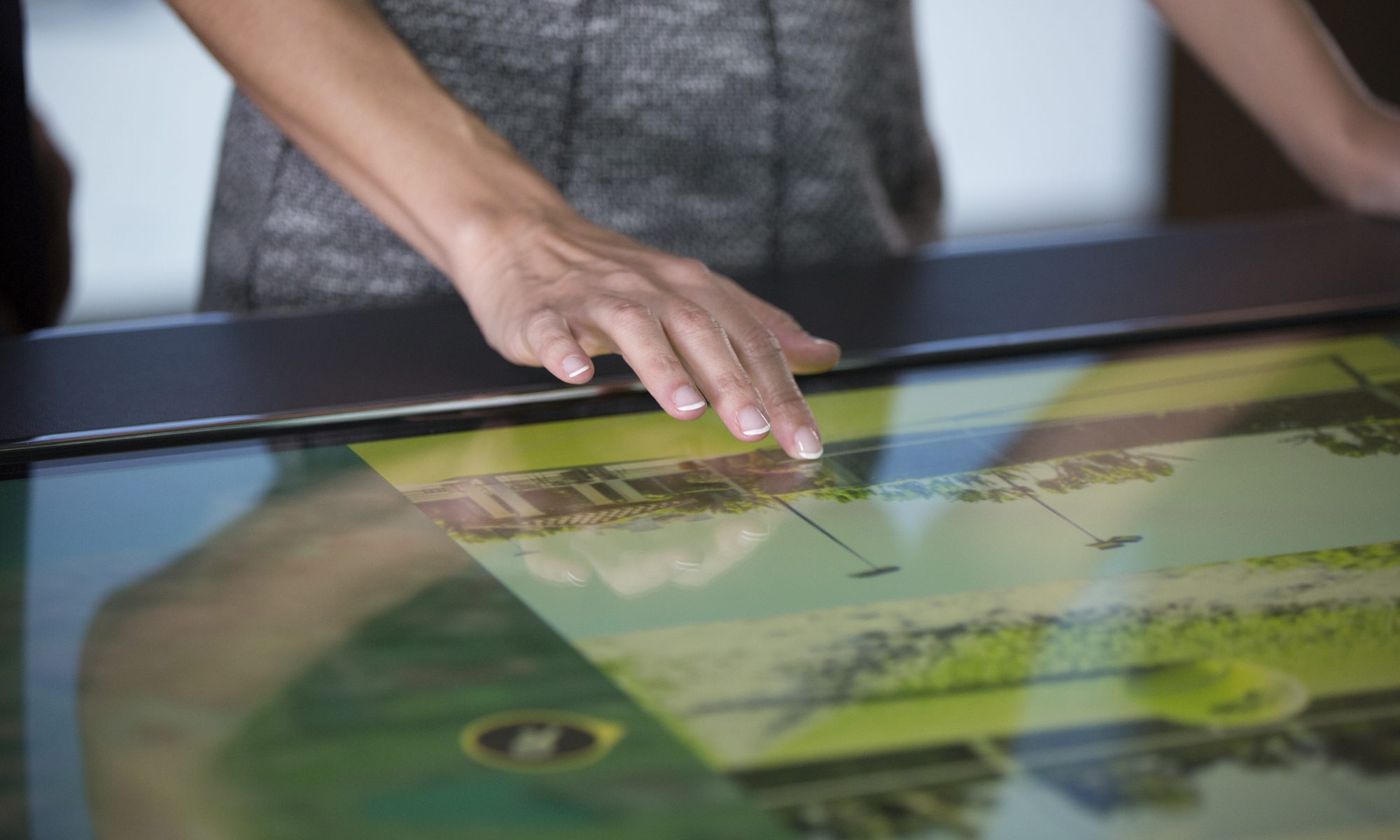 This was the 1st real estate project that I was involved with. The first task was to wireframe a responsive site and an iPad sales tool.

During the wireframing process I worked closely with the development and creative teams to help “bridge the gap” between the tech and the creative so there was no confusion. This communication helped greatly in producing the assets for the site and applications.

I was also involved in the content capture process to make sure that the images and video were being captured/created correctly since they needed to be used across multiple devices, especially the 4k content for the Immersion Room.

Once the website and sales app wireframes were approved and development began I shifted my focus to the tech involved in the Immersion Room. The room consists of a touch interactive table in the center of a 4 walled room with a matrix of screens on each wall. Each matrix displays 4k content.

During this process I tested the table with a local emulator and on site via multiple trips to Fisher Island.  I worked closely with the dev team to ensure the proper content was supplied and modified anything that didn’t.

There were plenty of other aspects to the project. It took about a year from concept to completion. Quite an experience!